KOTA KINABALU: Counsel Marcel Jude Joseph, who is representing a politician that was charged with five counts of molesting two women and one of them was an Unduk Ngadau (UN), made his apology on the relevant parts of his bail application submission for his client’s cases which have caused hurt and pain to the Kadazan Dusun Murut and Rungus (KDMR) community.

He further extended his apology to every worker, volunteer, helper, contractor and all other persons, who have been involved in anyway whatsoever in the UN beauty pageant 2021 and in all UN beauty pageants since its inception.

“I also sincerely and genuinely extend the apology to each and every person of the KDMR people of Sabah,” he added.

However, Marcel explained that although he prepared the submission, he did not say or mention the part that Joanna Datuk Kitingan, chairperson of KDCA Women’s Council Sabah State UN Borderless Kaamatan 2021 was objecting to.

“She can check this with the people who are there, namely the public prosecutor, the reporters, the police officers and the lawyers or she can also check the audio tapes for the proceedings if there is any.

“As for the withdrawal of the written submission, I regret this cannot be done for the following reasons, which among others that the bail application is res judicata which it had been decided by the court and therefore cannot be revisited again unless if there is an appeal or an intervening application,” explained Marcel, adding that the matter also cannot be re-litigated.

Apart from that, Marcel said that the proceedings are subjected to immunity and the alleged offending paragraphs claimed by Joanna was not directed at any particular persons or organisation to be ground for defamation

“There was no attack on Kaamatan as a festival or an attack on the KDMR people, it only involved the UN beauty pageant in general terms and did not point to any particular UN competition or competitors,” he said.

Marcel then said that the alleged offending paragraphs claimed by Joanna was made for the purpose of court proceedings, it was not made with any emotion or malice or intention to provoke or to hurt. It was made to defend his client.

“In essence, it was done as part of my job and it is not possible to tell me how I should carry out my professional duties. If I fail in my duty, I remain liable to be sued for an alleged professional negligence by my client. Therefore, based on the above, I am unable to withdraw the submission,” he explained.

On June 13, the state UN Borderless Kaamatan committee had demanded Marcel to withdraw his alleged statement about the pageant.

Joanna said: “We hereby demand that he withdraw his uncalled for statements immediately and apologize to all UNs, the UN Organizing Committee 2021, the State Kaamatan MOC 2021 and the KDMR people of Sabah as a whole, before we take our next action”. 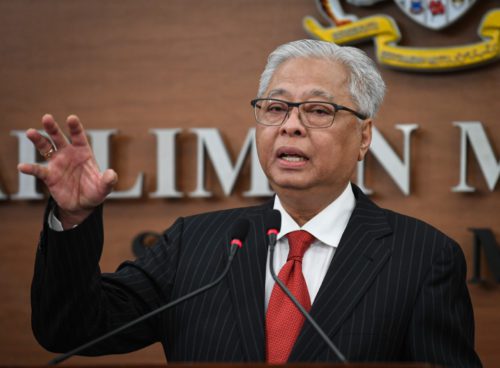 editor01
February 16, 2021
Seasoned triathlete Yatim Zainal Abidin is satisfied with the progress made as he looks forward to competing in the The...